Crank Up Your Training

Buy one of the Garmin watch devices (for runners, skiers or multisport the most top model is Forerunner 920XT) or Polar (V800, M400 models are the best). It allows users to create any training session on a PC. Then the workout will show up on the watch and walk the athlete through the training session, by giving triggers to start warm ups/intervals/rest/cool downs.

So you can try this way:

1. Take a Garmin or Polar watch.

2. Create training plan for each exercise session on PC:

4. Control HR or the training parameters during the workout, by looking at the watch (without earbuds).

The Future of Skiing is Here

Skiers all around the world are frustrated with the warm temperatures and lack of snowfall over the past few years. Dizzy from skiing on 1km laps on manmade snow, our engineers here at CXC have been working round the clock using state of the art equipment to develop the first skier portable snow machine, The Snö Maker. Using all natural elements, no GMO’s, and zero carbon emissions, The Snö Maker blows a thin strip of snow right in front of each ski. 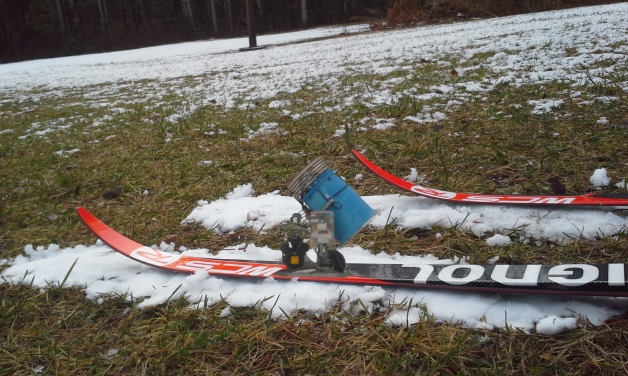 This revolutionary approach uses liquid hydrogen. Rather than carrying around an entire water molecule, we simply carry the hydrogen and pull the oxygen from the atmosphere allowing for a weight savings of over 900% as compared to traditional water systems. Hydrogen has an excellent safety record, with only minor German incident in 1937. It is all natural and non-carcinogenic. Even Jerry Brown, Governor of California, has given our machine his gold seal of approval.

How Does it Work?

Conventional snow making requires air temperatures below freezing. This limits skiing to only when the weather cooperates. With our patented dual purpose water and power generation fuel cell unit, hydrogen reacts with oxygen to generate electricity and water then passes through our Kjølerom© where a refrigerant and fan work together to freeze and propel the snow forward. One simply fills their drinkbelt tank with the liquid hydrogen and goes skiing. Initial results are promising with 10% more snow production than simulations.

From Our Lab to Your Trails

With the Holiday Season upon us, we have moved from the design and testing phase to full production. There was a small mishap involving a research assistant, but they were considered expendable and easily replaced by another “volunteer.” Progress has continued and The Snö Maker will be in stores across the country by January 2016.

With the release of this innovative new product, our friends at Toko have agreed to develop a brand new line of waxes specially designed for the conditions produced by The Snö Maker.

(Disclaimers)
100 meters of skiing requires just 40 liters of liquid hydrogen. Skiing at a 3:20 pace only takes 2000 horsepower to freeze the water. Expected system weight is less than 10,000kg. CXC is not liable for fires, explosions or any property damage and bodily injury, including death and dismemberment, resulting from the use of The Snö Maker. Do not attempt to modify the The Snö Maker as this will void the warranty and may result in accidental suborbital skier launch. The Snö Maker should be stored in a cool dry place, with the standard safety procedures of an ammunition bunker.

Polar RCX3 or RCX5 are pretty good models. With select athletes we also use a Polar app (for iPhone) coupled with a Bluetooth Polar strap. This way all of the training data uploads automatically to the www.PolarPersonalTrainer.com.

We don’t have much experience with other brands. The best part about Polar, – it’s their training logging software. Very comprehensive for coaches/athletes to review and plan training. Our coaches use it for keeping track of their athletes’ activity. You can enter workout info manually, – in other words it’s not mandatory to use Polar products to make use of the system.